Excerpt from The Pillbox. 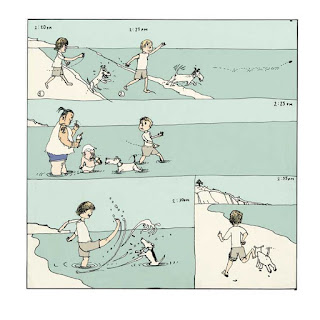 Published this week, Thursday, 2nd July.
JONATHAN CAPE/Vintage Books.
It smells good. Quality paper.
No roughs were made during the creation of this story. 95% of the drawings were first goes. The story evolved as I drew. The pen took me for a run. I followed the line.

The Pillbox: Picture book for grown-ups. 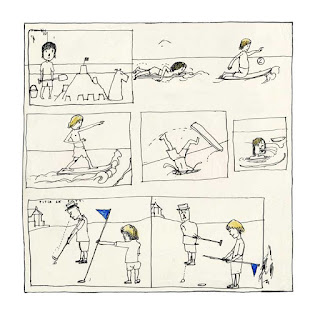 To be published 2nd July 2015 by JONATHAN CAPE/Vintage. For a book, it smells good.
Posted by David Hughes at 06:50 No comments: 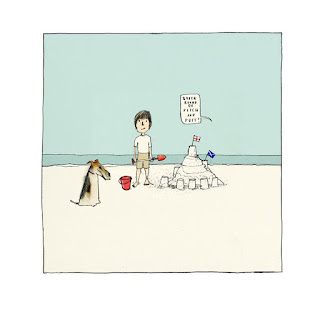 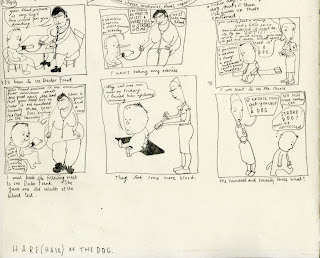 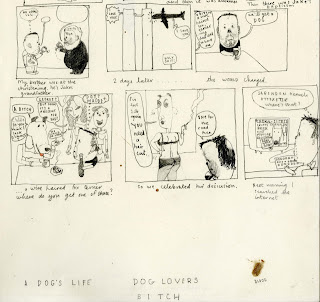 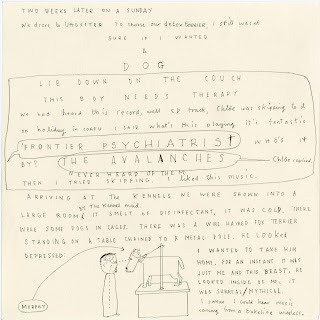 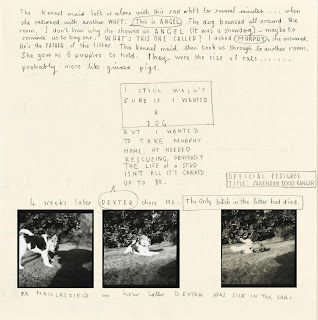 A sultry summer's Friday evening I bicycled to The Swan at Lawshall for a reunion with an old friend. A cycle ride in honour of  Dexter the stoical, my side kick, my co driver. All the way in first gear steady as she goes, owing to my disintegrating right knee that jolts in spasms at unexpected intervals. Thirty five minutes pedalling down Suffolk B roads and lanes. Passed by maybe six cars and two suicidal Suffolk white van drivers scorching rubber on the tarmac as they zip past at 70. I wobble physically and emotionally. The bike's basket is empty, the last time I completed this ride Dexter was sat there, navigating, clocking up the miles, ears flapping in the breeze. At the final knee, cartilage, gristle, ligament, bone jolt I looked briefly down at that pumping ancient knee to check and as I fixed my eyes back ahead, I just in time caught sight of the most impressive fox flashing across the lane in front of me and the magnificent brush vanishing into the hedgerow. I haven't spotted a fox in Suffolk for some time - I know they are a common sight around London, but here in Suffolk it is still an event.  A fox for Dexter. Dexter would've lived up to his pedigree and given chase at the sight of the fox. The SAS of the hunt. At The Swan, my friend recognised the poignant symbolism of the empty basket, a bike ride as tribute. We sunk three pints each in the name of the Wire Fox Terrier, mind you Anthony was already two or three pints of Guinness ahead of me. One of many alcoholic tributes to Dexter these last few days. Ironic really, to think the National Health  had recommended I get a dog in the first place, to help in cutting down my alcohol consumption. Fuelled on beer the bike ride back was knee, gristle, cartilage episode free and as the storm clouds dramatically formed and huge globules of rain spat slowly down Dexter was coxing me home in record time. Sir Bradley Wiggins in three gears and a basket would've been hard pushed to get home before the storm. I must find my cycle clips. Dexter hasn't come home yet and until that day I guess we will continue to be ambushed with episodic spasms of emotion.  I make no apology for spilling my grief here.

Posted by David Hughes at 07:55 No comments: 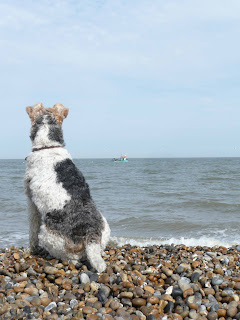 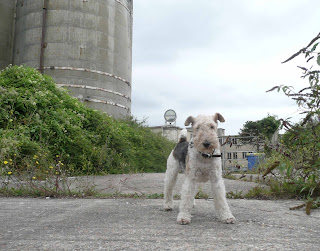 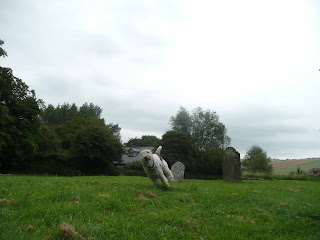 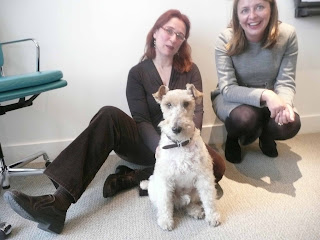 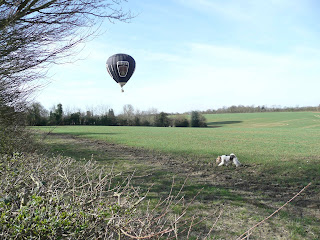 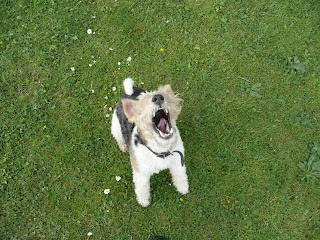 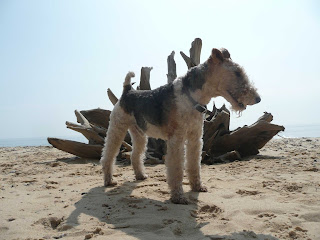 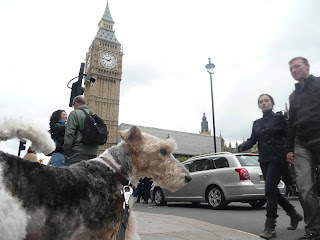 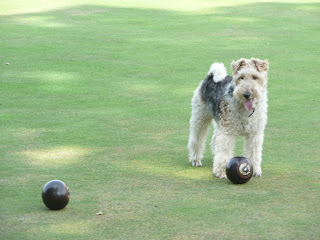 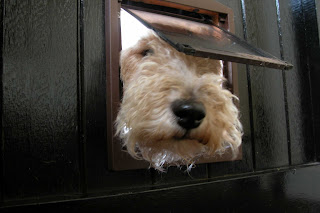 May 16 9.30am. Beautiful sparkly spring sunshine. Dexter trotting up the lane. Heading down the lane towards us the old lady cyclist in full polyester zip up outfit on a razor thin drop handle bar framed bike, she slows down. Dexter directly in line continues his chosen path until at the last moment he checks his route in surprise, it's amusing it's pathetic it's sad. The stationary cycle blocking his path, the old woman cyclist uttered some sweet greeting to him but he just continued on his way.

That was written just over a year ago. Over the last week or so Dexter's eyes have almost clouded over completely, his hearing is shot. Becoming ever more insecure and staying close to me Dexter is more than ever my shadow.

Thursday the sun was out the temperature finally nudged it's way to resembling a summer's day we went for a walk. I wasn't to know, it was Dexter's final 'walk'.

Dexter died in Stowmarket, Suffolk at ten past three on Saturday 6th June 2015 on another fine summer's day.

I was privileged to have known such a dog as Dexter. Long Live my Fox Terrier! I cry as I type. This is too difficult. 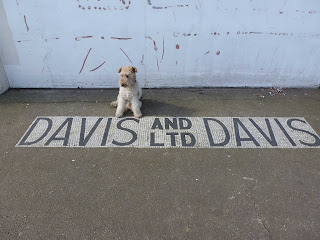 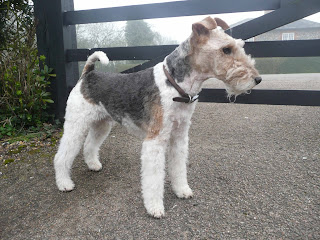 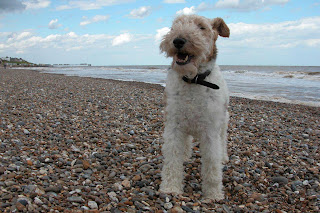